We will review your situation at no obligation and in great detail to determine your best option based on your current financial situation and goals.

Becoming our client will unofficially start the bankruptcy process. Our professional bankruptcy team will help you each step of the way.

Once your case is filed, virtually any legal action against you will stop immediately. You could be completely debt-free in as little as 3 months! 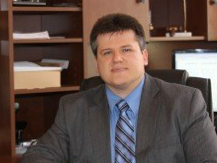 Mark Shmorgon graduated from the University of California, Berkeley in 2004 with a BA in Political Science and Legal Studies. Later, Mr. Shmorgon earned his Juris Doctorate from Golden Gate University School of Law in 2007. During law school Mr. Shmorgon clerked at the Law School Library, where he gained invaluable research skills while assisting fellow students and faculty. Mr. Shmorgon also clerked for an immigration and qui tam federal false claims act law firms. After earning his JD, Mr. Shmorgon worked for three of the largest bankruptcy firms in the Sacramento region focusing in all aspects of consumer debt relief.

Mr. Shmorgon was born in the former Soviet Union and immigrated to the United States at age six and was raised in Modesto, California. Mr. Shmorgon is fluent in both English and Russian and is voice and participant in the local Slavic community. He has appeared in Russian print media and newspapers as well as on local radio and TV stations speaking about bankruptcy and debt relief. In his spare time Mr. Shmorgon, enjoys spending time with his wife, traveling, skiing and working out. Contact Us